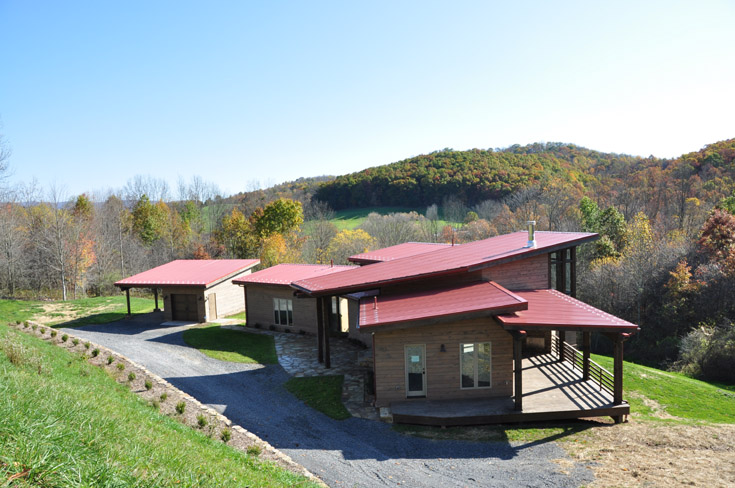 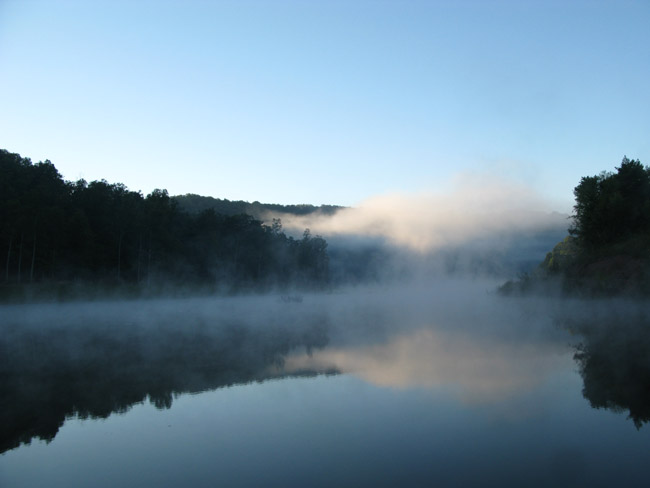 As summer winds down, the construction at Dawson Lake is still moving along.  The weather has been exceptional for Bob Chamberland and his construction crews to stay busy.

With a few more days of fill work, the Hilltop road will be completed and ready for stone and hydroseeding.

The survey crew from Terradon continues to provide assistance when called upon.

Architect Ole’ Sondresen met on site with Mr. Lazes, Bob Chamberland and Paul Grist to site the new spec home to be built on the lakefront.  This home is to be built with leading edge “Green” technology and will serve as a model for the possibilities future homeowners could include in the design of their homes at Dawson Lake.

If the Indian Summer continues this fall, construction of the pool and beach cabana will get underway and the amazing spec home on Memory Lane will be completed.

The cool nights create early morning mist on Dawson Lake and the leaves are just starting to turn and this should be a very colorful year. 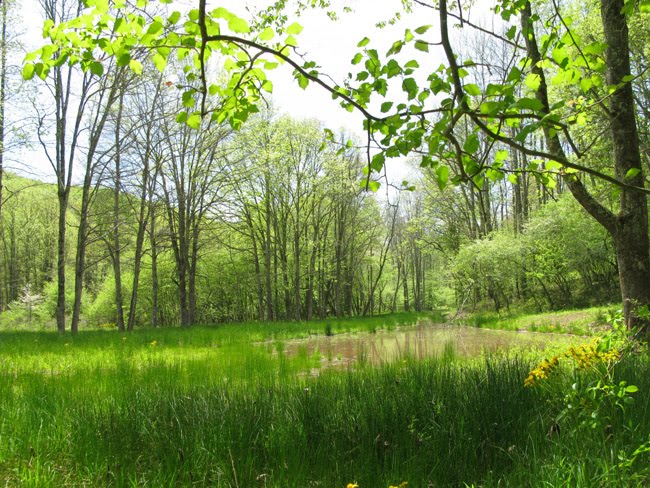 Below are a few pictures taken the first week of May of the wetlands Bob Chamberland and crew created last fall at Dawson lake. The wetlands are very well established and there were even some small minnows swimming in the stream that meanders through the 15 acres.

Sedges, rushes and a wide variety of wetland plants and trees are flourishing in this special environment. Frogs, crayfish, redwing blackbirds and lots of butterfiles are now well established which is a good indication the wetland habitat was constructed just right.

Congratulations to Bob and crew for a job well done! 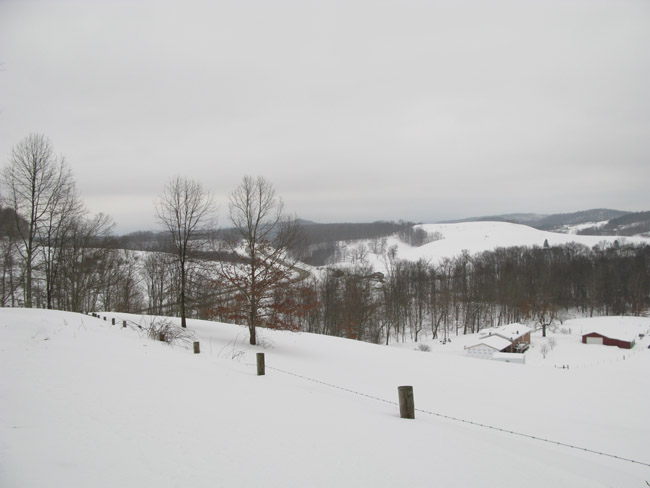 admin
February 26, 2014
0
originally posted February 19, 2010
February at Dawson Lake and over 50 inches of snow has fallen since December ’09. Spring is just around the corner and Bob Chamberland and crew will be cranking up and rolling in just a few weeks.
Looks like snow shoes are in order until the winter thaw arrives.
– Richard Grist
Read More
facebook google twitter pinterest 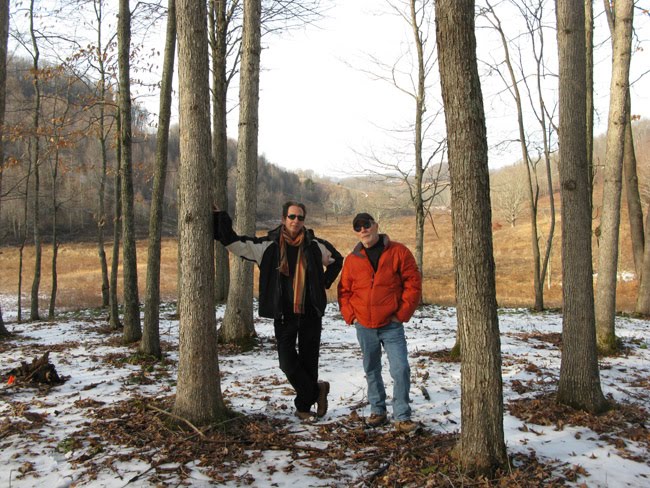 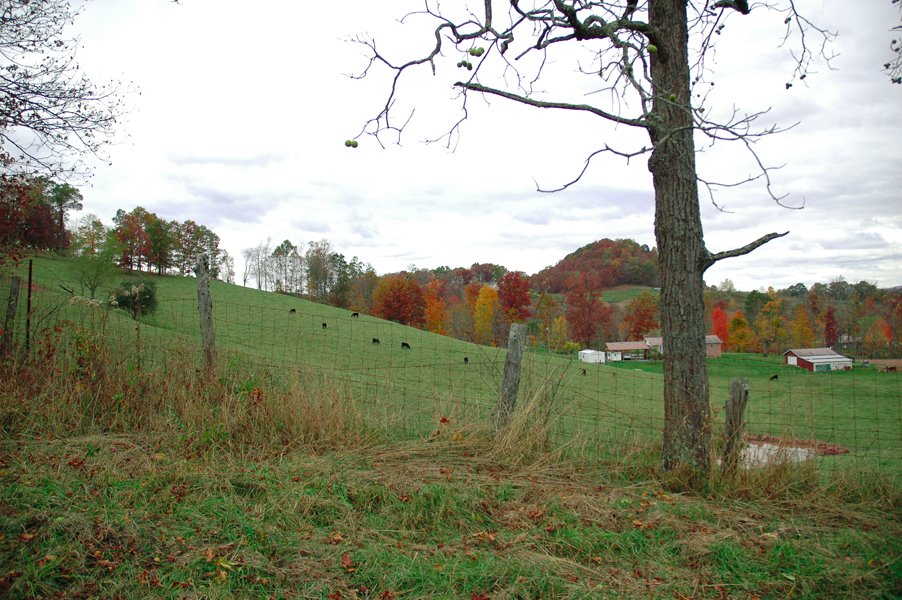 Dawson Lake in the Fall 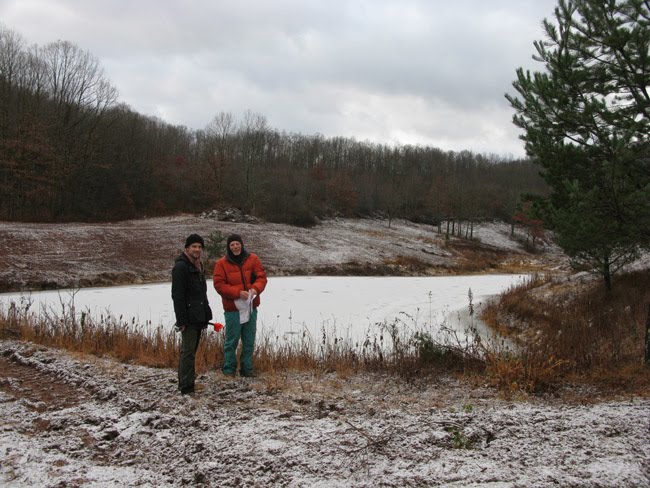 admin
February 26, 2014
0
originally posted December 1, 2008
Attached are some pictures of Bob and crew sprucing up along Lakeview Drive and also of Bob and Ole Sondresen laying out the footprints on several home sites in Phase One.
Ole, a native of Norway, put in a cold day at Dawson Lake and then drove 9 hours in snow to his home in New York City…….
– Richard Grist
Read More
facebook google twitter pinterest
© 2022 Dawson Lake - 2983 Grassy Meadows Rd. Dawson, WV 24910 - 704.987.061
✖